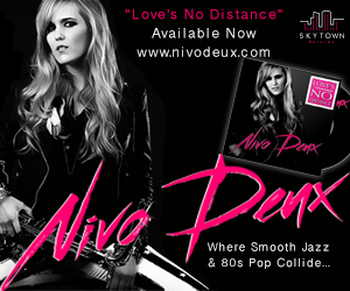 Check out "Open Beta" and listen, download, or even review their music!
http://www.nivodeux.com/openbeta

The EP is now available for just $4.95 on all of your preferred online vendors such as Amazon, iTunes and CDBaby, and "Love's No Distance" has been doing really well on radio!

"Love's No Distance" debuted the AC Smooth Jazz Charts on Media Base at #39 and they've been on the Smooth Jazz Indie Charts since it's release.

We know you will enjoy the new project, Nivo Deux! We couldn't be prouder of Shannon Kennedy. 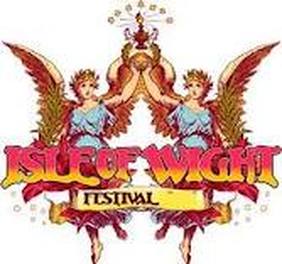 Andy Fraser is slated to accompany Mctrax recording artist TOBI on the billing this June at the famed Isle of Wight Festival. Currently TOBI is on a UK Tour in support of the recently released album on Mctrax Records"Spirit In Me" 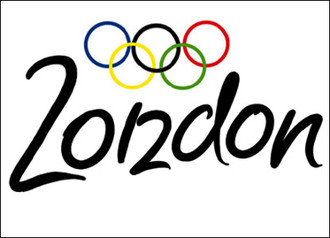 FiveCurrents and its senior principals have worked together to produce LiveCity Vancouver 2010, the Clinton Global Initiative, Reveillon Copacabana New Year’s Celebration for Rio de Janeiro, the Disneyland 50th Anniversary, the Rio 2016 Olympic Games Bid, the Opening and Closing Ceremonies at the XV Pan American Games, and all creative and ceremonies for the Salt Lake 2002 Olympic and Paralympic Winter Games. FiveCurrents is proud to have been recently named as producer of the London 2012 Olympic and Paralympic Ceremonies.

FiveCurrents VP Mark Poncher, is also Board Member of Discovery Arts, which Cyrene Jagger of JaggerEdge acts as the non-profit's Publicist.

Promotional release of "All Along" by TOBI has arrived, from the forth coming album "Spirit In Me" from Mctrax Records 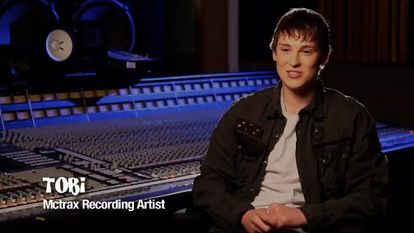 March 24, 2011 - Los Angeles, CA -- A gifted singer, songwriter and powerhouse guitarist, Tobi is bursting onto the Rock/Pop scene with his powerful guitar riffs and his naturally soothing angelic voice. Tobi’s intuitive songwriting, coupled with his unique sound and ease on the guitar, has earned him instant comparisons to his personal influences and inspirations of Clapton, Hendrix, Stevie Ray Vaughn and John Mayer.

Tobi’s formal training from his studies at the world famous Susie Earnshaw Theater School and Bull Theatre in London, UK includes an impressive list of fellow alumni including Amy Winehouse. At the young age of 16 he was introduced to Rock Icon Andy Fraser, (Fraser penned the anthem “All Right Now” and “Every Kind Of People”) who immediately saw Tobi as a talented child phenom. In the Fall of 2010 Tobi was signed to Mctrax International. Soon after Tobi was flown to Los Angeles to begin work in the studio with Andy Fraser on his debut album “A Little Moment,” due for release Summer 2011.

The Album’s first release “All Along” is quickly gaining steam with airplay on iHeart Radio and is currently being promoted in the US, Canada and the UK. The first release from “A Little Moment” titled “All Long” is a small precursor of the wave of creative genius taking the music industry by storm from the newest powerhouse known as TOBI.

All Along by TOBI 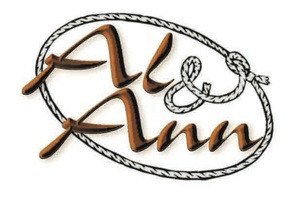 January 31, 2011 -- New York, NY - Al & Ann call their brand of music "ECLECTICana" -- progressive roots/folk with a little urban subway rumble and Texas twang, whimsical lyrics and addicting harmonies. Al & Ann began as an offshoot of The Harlem Parlour Music Club soon after the two co-wrote “Runaway Train” which featured Allison Cornell on HPMC’s “Salt of the Earth”. Al & Ann is produced by Sammy Merendino and Tim Hatfield in a Harlem townhouse built in 1892. Al & Ann will be touring in Europe both in September/October 2011 and February/March 2012. 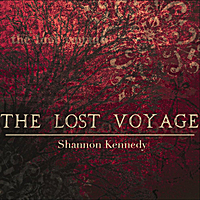 Shannon Kennedy's latest creation, "My Song 6" shows a sophistication and elegance that belies her omnivorous appreciation and understanding of the worlds of music. A mixture of folk, classical and filmic stylistic characteristics, the dramatic work reveals the artist's compositional maturation. The work is dominated by a steady driving ostinato in combination with powerful and dense harmonies. This ominous ostinato theme is dark and in the narrative seems relentless, however periodically the foreboding tone is unexpectedly contrasted with welcome sections of sonic of repite. The eclectic orchestration, the filmic drama, and the edgy ostinato serve to make this a highly descriptive, visually inspiring soundscape. - Alicia Doyle, www.allmusicreview.com

The Lost Voyage by Shannon Kennedy 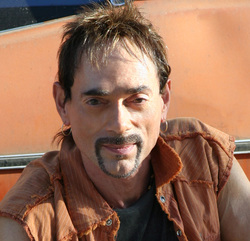 January 18, 2011 -- Los Angeles, CA
It's an honor to once again be working with Andy Fraser and McTrax International on the global launch of the new song "Drill Baby Drill" featuring the wonderful voice of London singing sensation Tobi. 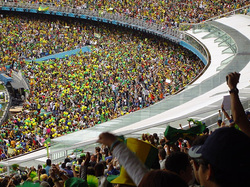